When I was in 6th and 7th grade, my family lived near Tacoma, Washington.  It’s funny how some of the ads on TV have stuck with me for so long.  There was one that some brothers who were skiers did for milk and the song went, “Well, the Mahre twins are good it’s true, but good guys have their bad days too.  Days when things aren’t going right, they go for something cool and white……. drink milk!  It’s got what’s good for you, drink milk, it’s pure and natural, drink milk…..”  (And the Mahre twins were just super hot!)

I can’t believe these tunes have stuck with my for over 40 years.  Talk about the power of music!  Well there was one ore that I can only remember the first line or maybe it was the end line – “Let’s go to Victoria, on Princess Marguerite!”  I’m guessing it was for a cruise line to visit Victoria from Seattle.  I’m not sure but I do remember the tune!

So, when my sister and I decided to take a few days in Victoria, that tune played over and over and over in my head!  I know my family visited Victoria way back when, but I have very little memory of it.

We took the V2V service from Vancouver to Victoria.  The boat was quite nice – we opted for the main service class which still had reserved seating.  There were not many people on the voyage so even though we had assigned seats, we were able to sit pretty much where we wanted. 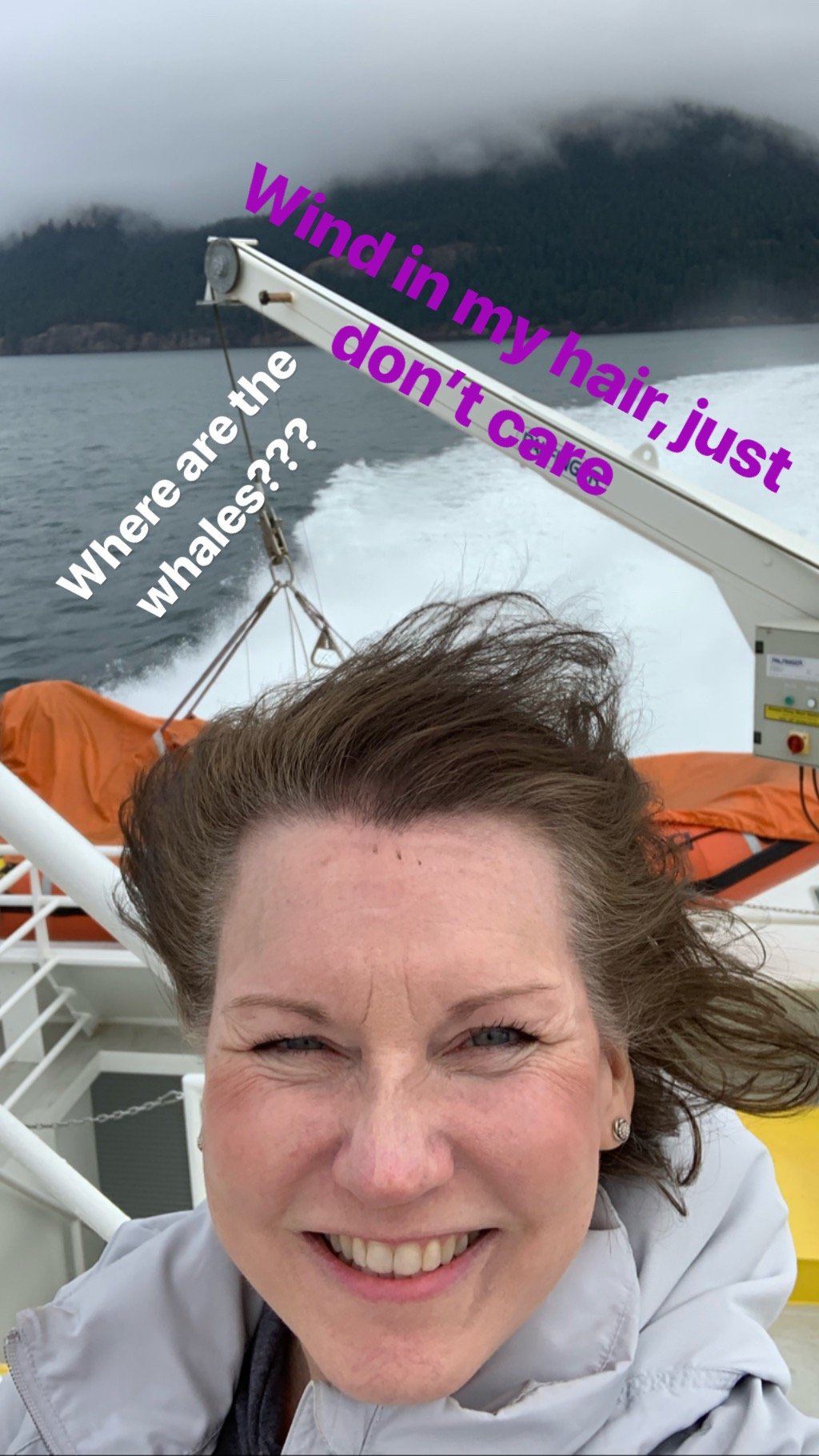 The breakfast service was quite delicious.  I had an egg and parmesan scone with a yogurt parfait and it was good!  Yes, I was a little surprised.

The trip took a little over three hours and once we crossed the major waterway, the scenery was beautiful.

We docked right in the inner harbor of Victoria, directly across from the Parliament building and the Empress hotel.  It was spritzing a bit of rain so the walk was a little wet.  It was not bad to get from the dock to the hotel, just wet.  We stayed at the Doubletree, just a block off the harbor.

Our first afternoon, we walked up Government Street to check out the shops and had a lovely dinner at the Bard and Banker.  I love buildings like this – restaurants that were once something different.  This one was a bank.  The inside was gorgeous and reminded me of Gringotts.  The food was super and service very good. 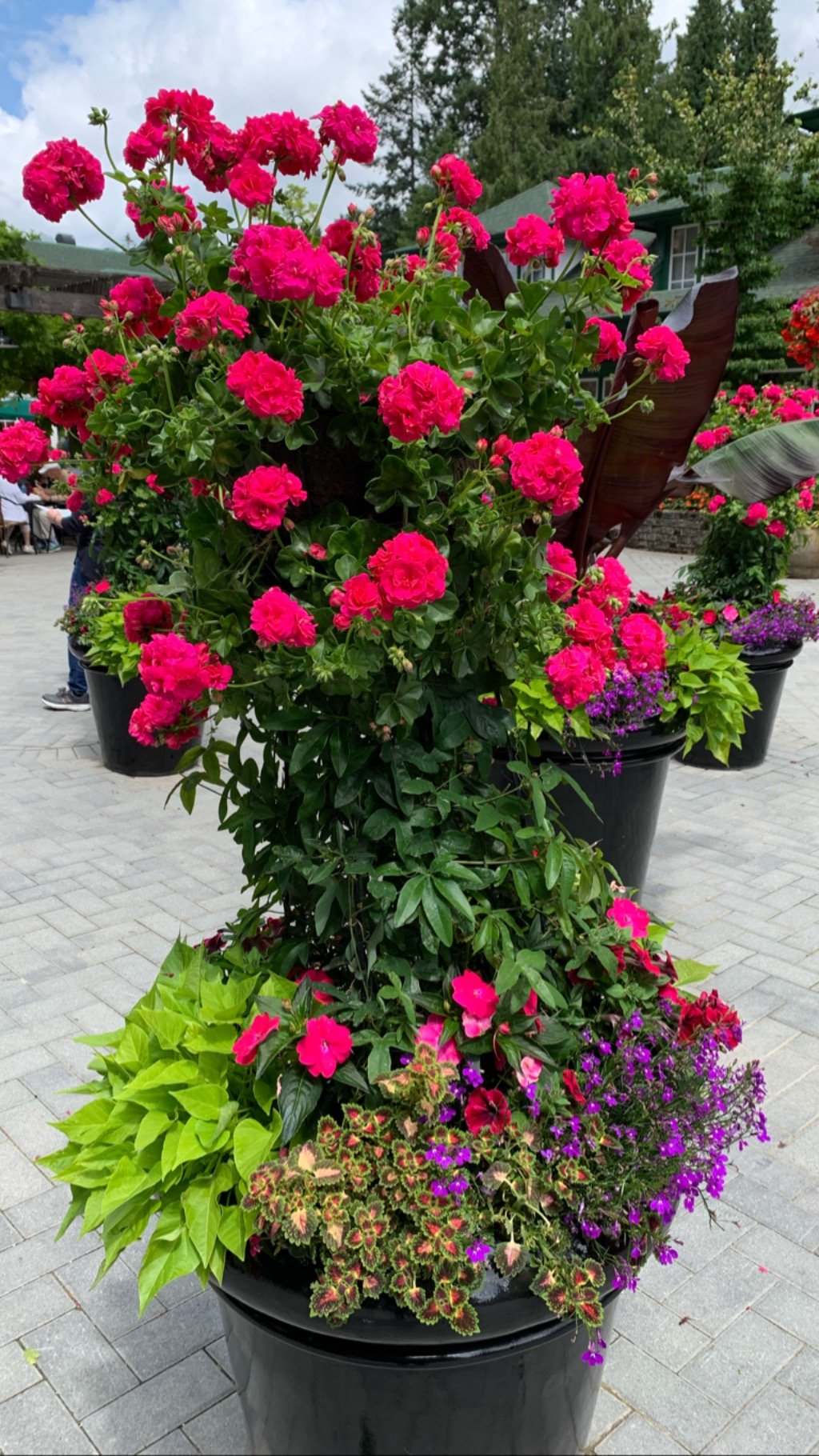 One site that was recommended by all was the Butchart Gardens.  We had arranged a tour for our second day.  The driver on the way to the Gardens spoke about the history of Victoria and pointed out many of the historical sites we passed.  We passed through Chinatown, which housed many of the immigrants from China who had come to work in Victoria about 100 years ago.  We also saw the school where their children learned English- the building 100+ years old.

I did not know that Victoria is home to the Pacific Fleet of the Canadian Navy, so there is a very large military presence here.  There is also evidence of Fort Victoria as well.

Butchart Gardens lived up to the hype.  The area was established by Robert and Jennie Butchart in the early 1900s when Robert exhausted the limestone quarry on the property and Jennie wanted to beautify the area by turning it into a sunken gardens.  Over the years, it grew and now is home to thousands of beautiful flowers. The rose garden was breathtaking – so many roses – and all in bloom! 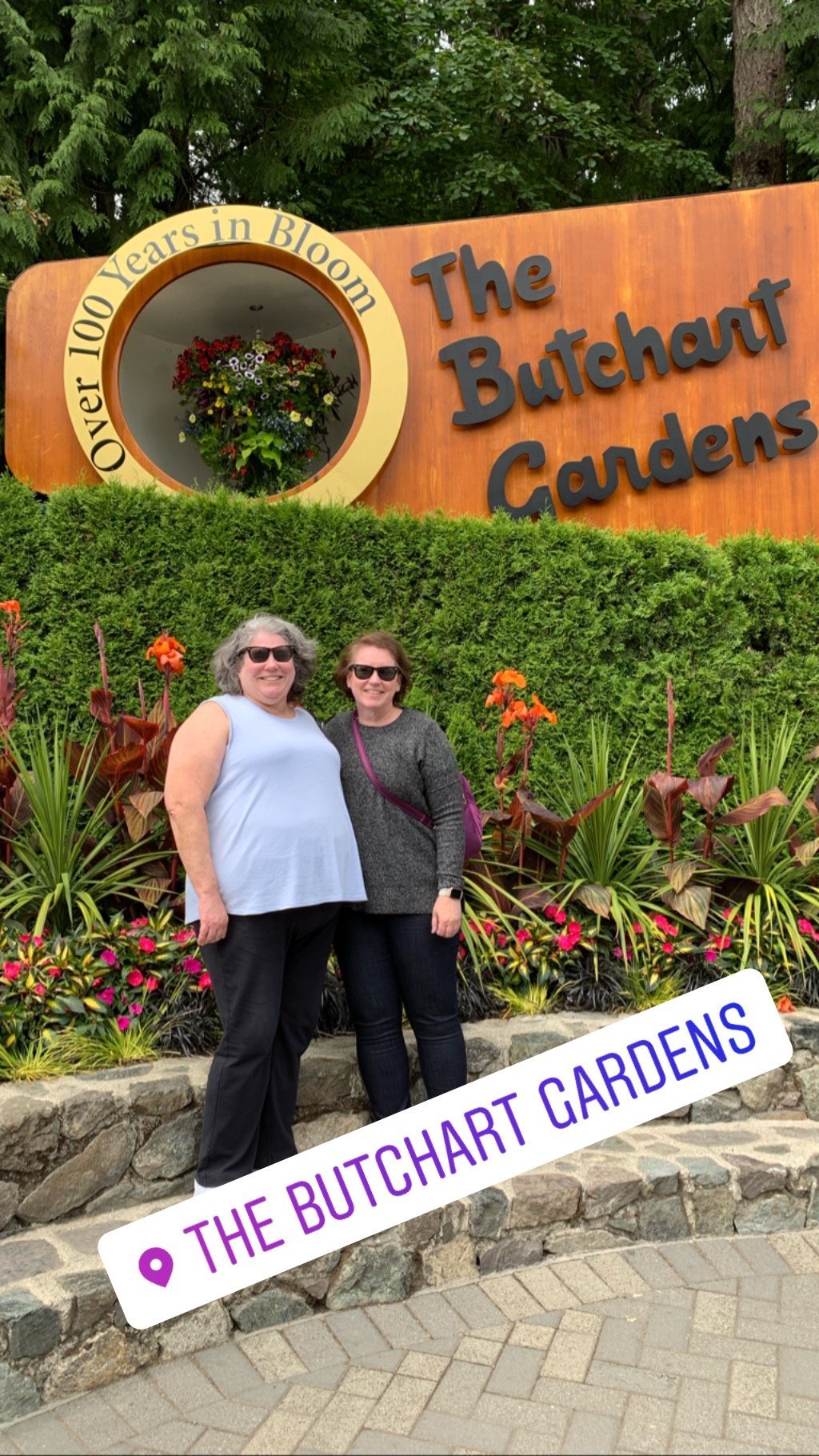 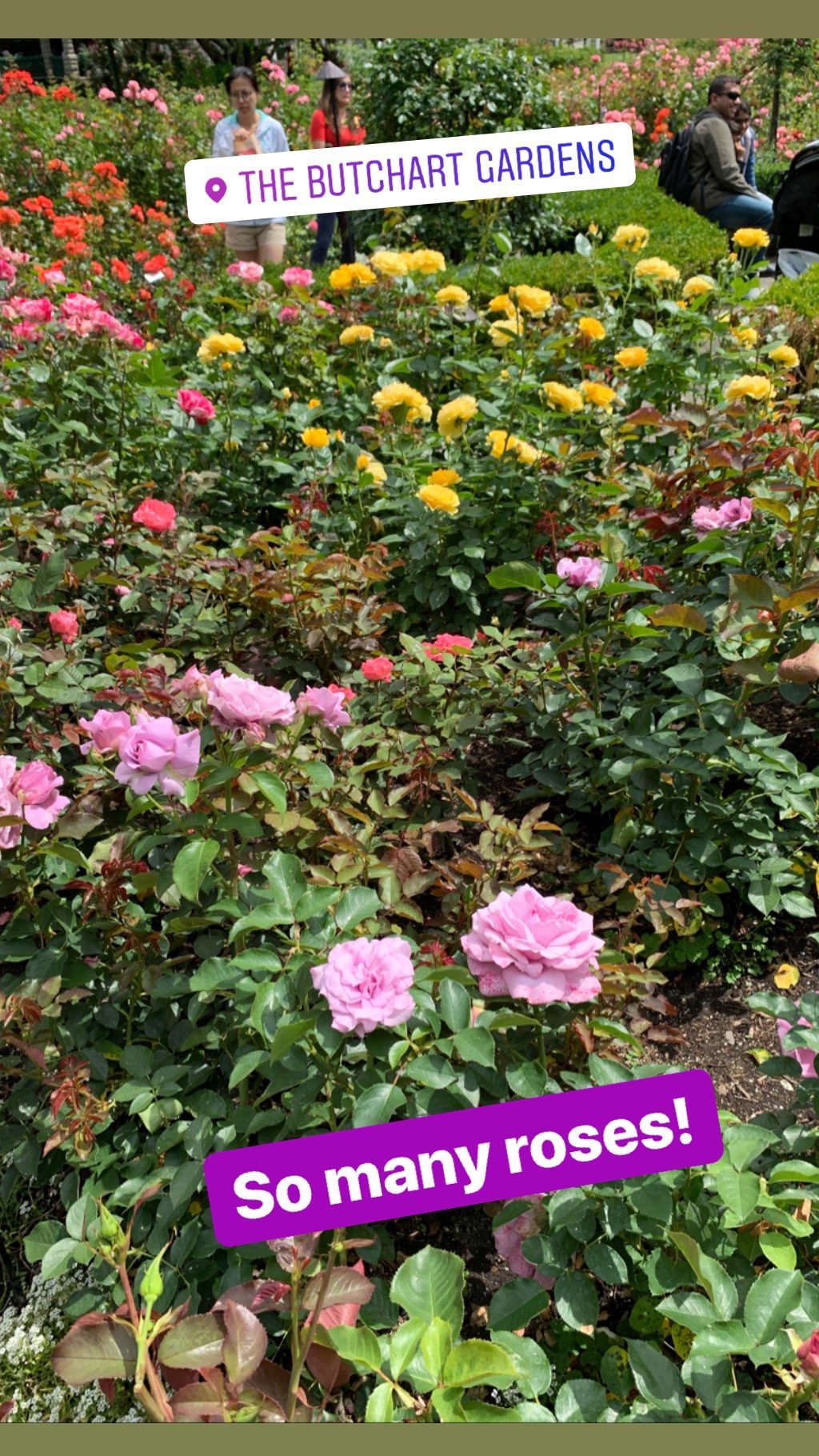 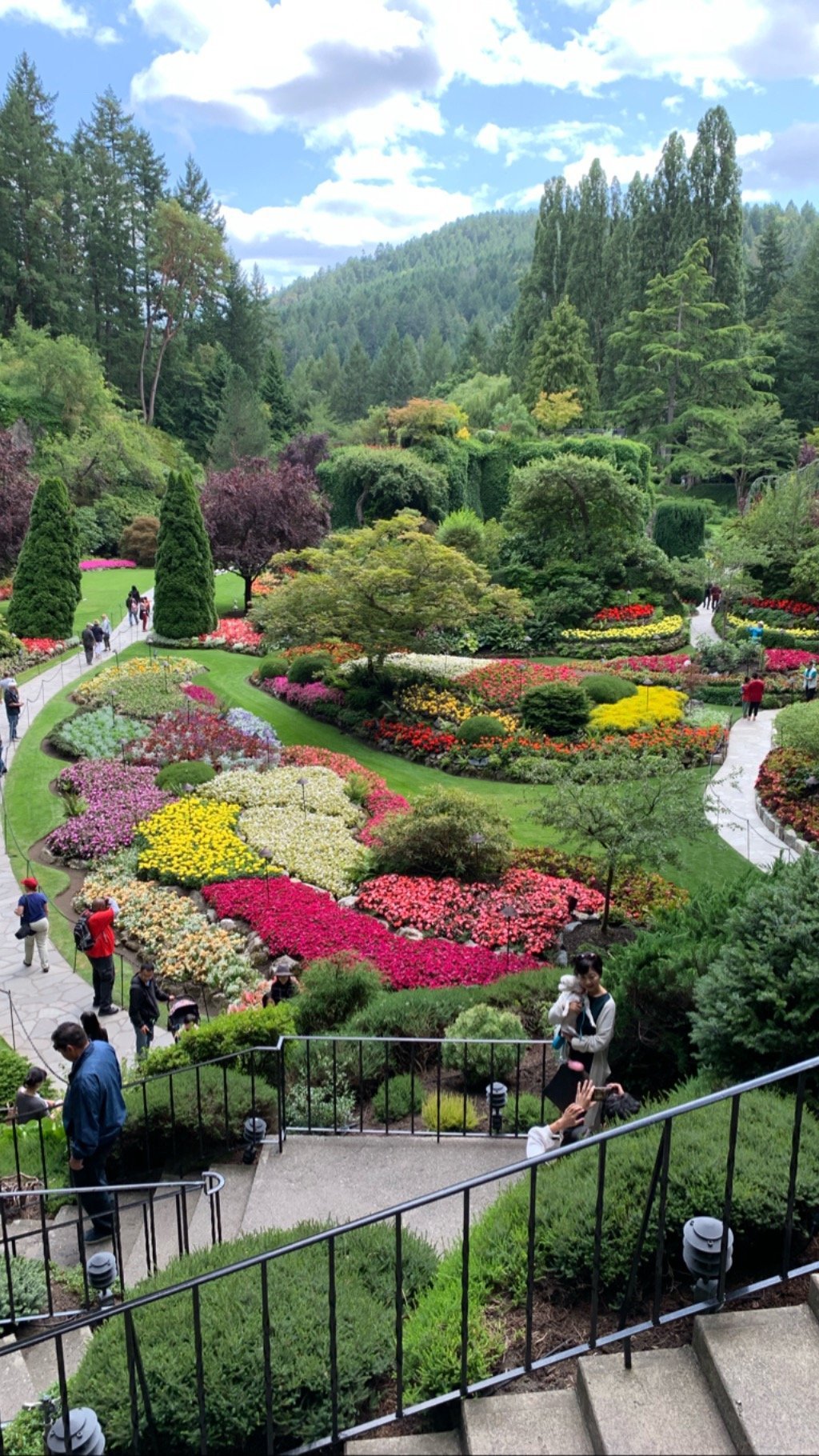 We had tea in the dining room at Butchart Gardens.  It was delicious high tea- little sandwiches and cakes and a steaming pot of Earl Grey for me.  The dining room had flowers throughout.  We initially thought they were silk -like in so many restaurants in Vegas – then we remembered, “we are at Butchart Gardens- these flowers are REAL!”  And that they were – so many flowers!!!

We enjoyed a meal at the pub on the site of the Doubletree – Bartholomew’s English Style Pub.  This place was super delicious also.  I had poutine – which is basically French fries with cheese and gravy.  Wasn’t sure about the gravy so I got it on the side, but it proved to be quite tasty! Poutine = Tasty Treat!!!  We also played Music Bingo – Kathy won the first game and we had a great time listening to some classic rock/pop and chatting with some locals.

Our second full day, I walked to Fisherman’s Wharf, which is home to cute little houseboats.  People actually live in these little homes. They were so charming to see. 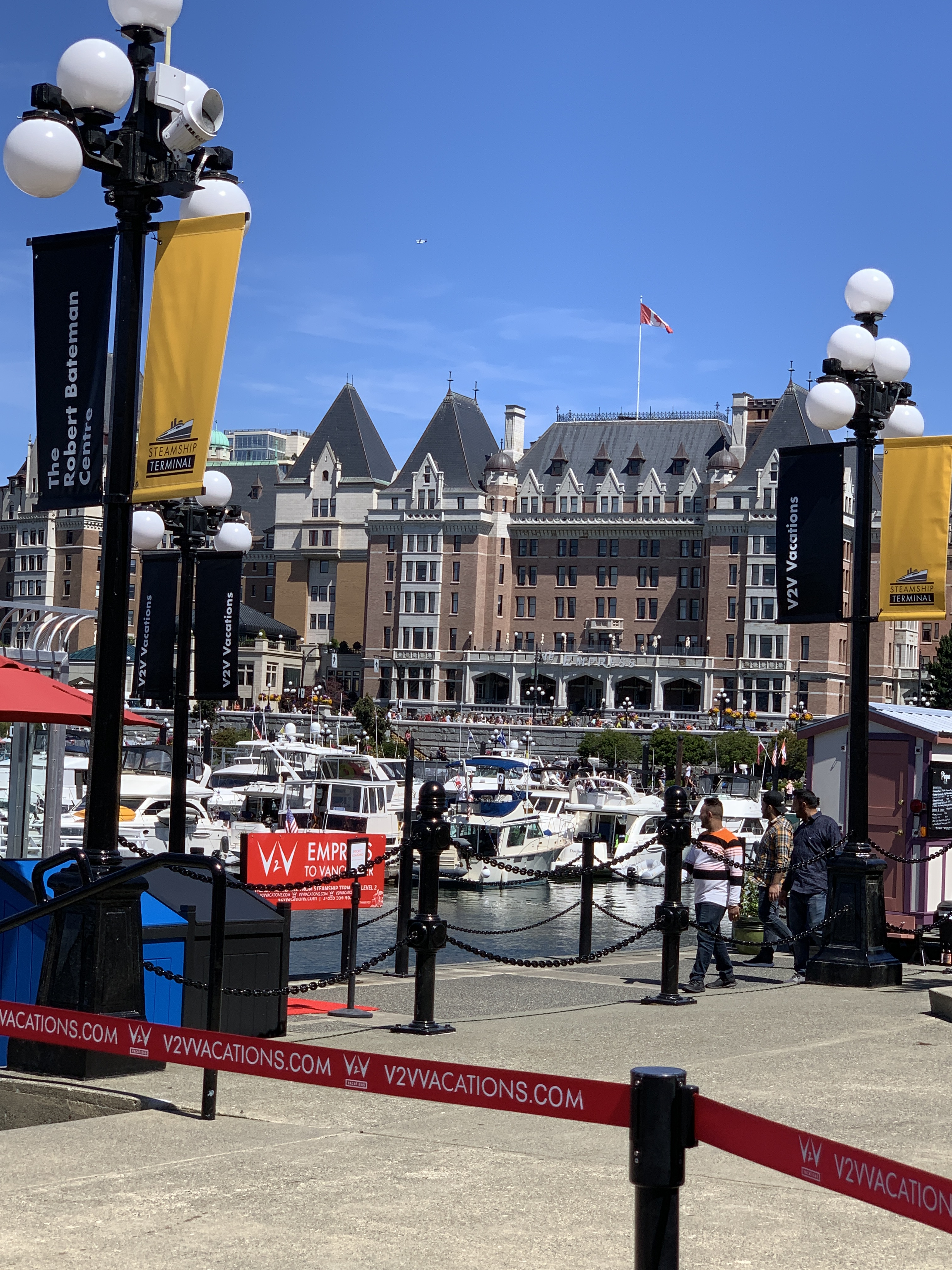 We also visited the Royal BC Museum.  They have an excellent exhibit on the native people of British Columbia and subsequent western influence.  It made me kind of sad to see how the western people basically invaded and took over. There were so many interesting traditions and customs to learn about.  It’s amazing to think how these people lived completely off the land. Being the history nerd I am, I love seeing things like this.  The exhibit had many walk-through areas with recreations of housing and ships. 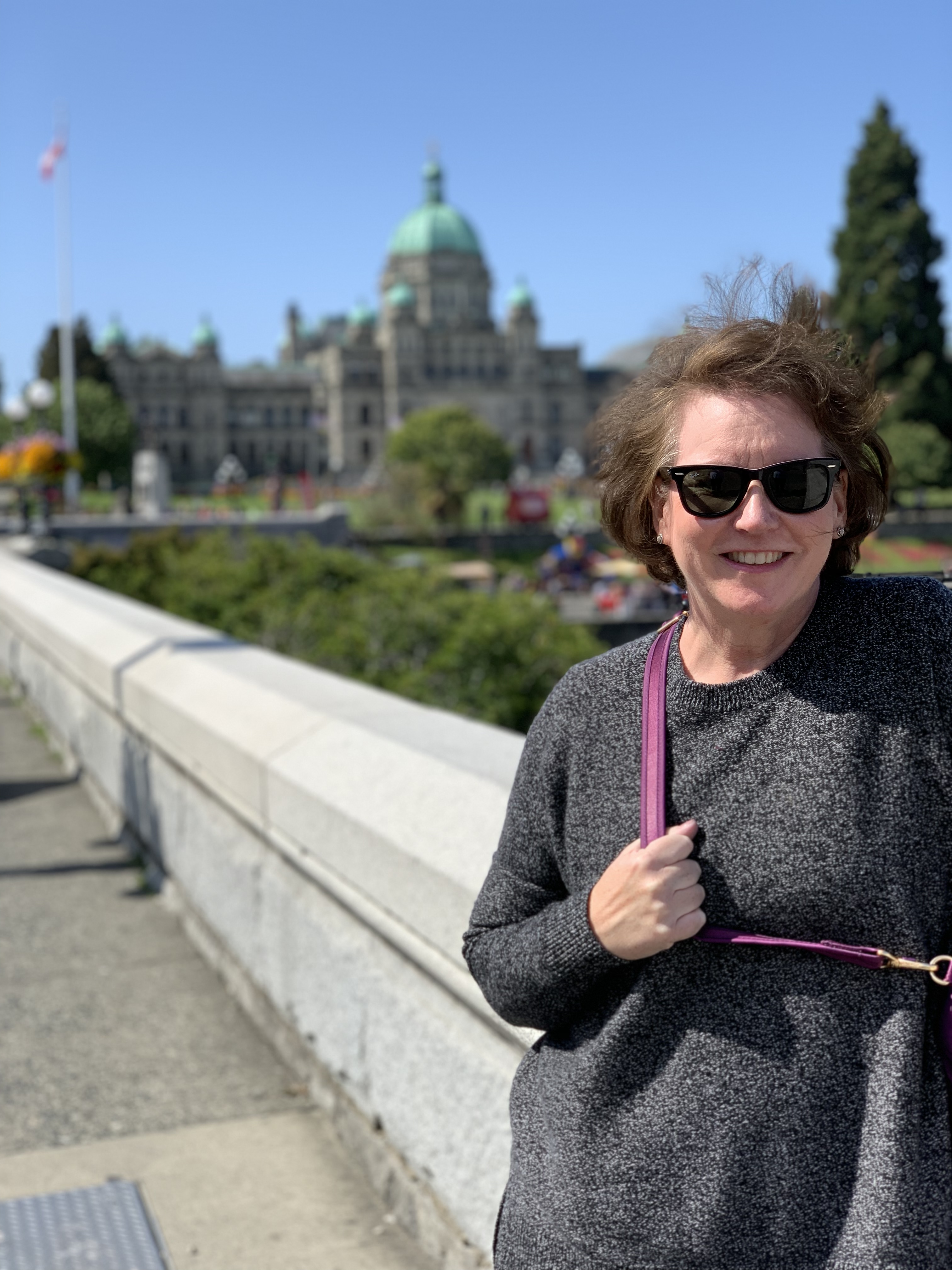