Wondering what to watch with lots of time on your hands? If you’re a History Nerd, such as myself, you can find a plethora of choices on various streaming services to tickle your history bone! Here are some of my favorites:

Band of Brothers (about 10 hours) Without a doubt, this is at the top of my list. This series follows Easy Company, a unit of paratroopers during World War II from training through VE Day. It is by far one of the best miniseries I have ever seen on TV. I’ve watched it so many times I couldn’t tell you how many. You will not be disappointed, if this is your first viewing or your 20th. You will also cry, because it will touch your heart – especially the last scene at the very end of the last episode. (I warned you!) Available on Amazon Prime

The Pacific (about 9 hours) This was a follow up to Band of Brothers, concentrating on those who served in the Pacific theatre during WWII. It is much harder to watch than Band of Brothers and much more intense due to the horrific events these men witnessed, but it is just as good. You will cry, because it’s sad. But it is very well done and you won’t be sorry you watched it. Available on Amazon Prime

John Adams (about 8 hours) This is an amazing representation of one of the most over-looked founding fathers. While Alexander Hamilton is all the rage (rightfully so!), John Adams also played an important part in our nation’s beginnings. I always thought without him, the Declaration of Independence might never have been written. This is a sometimes gritty, always entertaining series starring Paul Giamatti as our second president. Available on Amazon Prime

Turn (about 39 hours) This series follows George Washington’s spy network during the Revolution. We’ve all heard the story of Nathan Hale who died saying he regretted he had but one life to give for his country. Nathan Hale was a spy, a bad one – he got caught. This series is about the ones who didn’t get caught and were instrumental in providing Washington information that would help win America’s independence. It’s crazy good and you won’t be able to help yourself in thinking, “They did this stuff in the 1770s????” Available on Netflix

North and South Books One and Two (about 22 hours) Oh, to see Patrick Swayze in all his 1980’s finest! This miniseries was released in the mid 1980’s in two parts. It follows the Main and Hazard families from the Mexican War through the end of the Civil War. Of course the families are on opposite sides of the Civil War and much drama ensues. It’s a little cheesy in parts and not always historically accurate, but it’s great fun and very entertaining. Avialable on iTunes

The Winds of War and War and Remembrance

The Winds of War (about 14 hours) and War and Remembrance (about 27 hours) are the adaptations of Herman Wouk’s books of the same names. The story centers mainly on the Henry and Jastrow families, following them from the years leading to WWII through the end of the war. It was produced in the 1980’s and, like North and South, can be a little cheesy in places, but overall it’s a good watch. The scenes surrounding two of the main characters’ arrival at Auschwitz are hard to watch but still need to be seen. Available on YouTube

The Astronaut Wives Club (about 7 hours) This is a fictionalized account of the first astronauts’ wives. It follows the Mercury 7 wives through the wives of the Apollo program. While it is somewhat innaccurate, it is an interesting look at the women behind our nation’s first astronauts and the trials they faced. These women were fierce. It’s definitely a fun watch. Available on iTunes

There are plenty of other historical miniseries you can watch, these are just some of my favorites! Drop a comment below and let me know which ones you like!

Looking for more? Check out my Epic Edition and my Feel Good Edition! 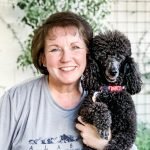